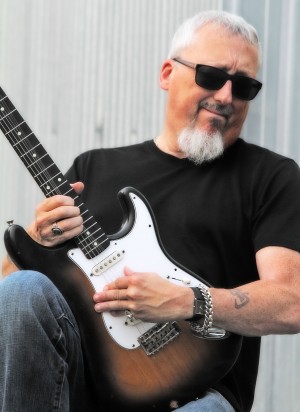 Guitarist Bob Pace has entertained Midwest audiences for more than 40 years. He proudly led the Tuesday night house band at the legendary Blues on Grand for almost 20 years. He’s a member of the Iowa Blues Hall of Fame and the Iowa Rock ‘n Roll Hall of Fame. He has also won the Iowa Blues Challenge solo/duo competition with IBHOF member Steve E. George.

You can hear him play every Friday at the Gas Lamp Work Release Party 4:30 to 7:30 and every Wednesday at Zimm’s on Ingersoll from 7 to 10.  Both venues are in Des Moines.

Bob Pace is my favorite guitarist in the world, at least tonight while I’m sitting here at the bar in Blues On Grand, one of my favorite blues clubs, watching Bob tear it up… ~ Chip Eagle, Blues Revue 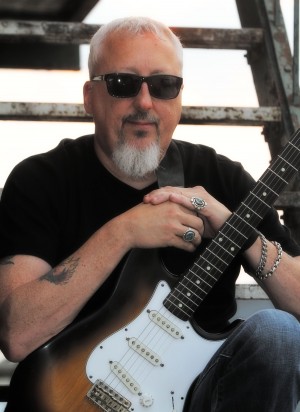 Bob has opened for Blues icons Jimmy Vaughan, Johnny Winter, John Mayall, Tab Benoit, Tower of Power, Delbert McClinton and countless others.
He picked up his first guitar at 10 and was serious by 14. Bob recalls the “defining experience” of watching The Beatles and the screaming girls on The Ed Sullivan Show.  That (the girls) sealed the deal: “I had to play guitar.”Additionally, he has jammed with Junior Wells, Eric Sardinas, Coco Montoya, Kenny Neal, Willie (Big Eyes) Smith and Sonny Rhodes to name but a few.
A talented composer, Bob has penned countless tunes and has released “Bare Bones” and “Bob Pace Live at Blues on Grand” featuring 8 originals including the soulful “Gospel Blues.”His mother influenced him with the Gospel and Blues of Mahalia Jackson and Billie Holiday, while his Dad opened the gate to the country music landscape of Johnny Cash and Merle Haggard. It came together as he immersed himself in his early guitar heroes–all the Kings, Roy Buchanan, Mike Bloomfield, Duane Allman, Jimi Hendrix and Eric Clapton.

Never hesitating to donate his time and talent for a good cause, Bob has performed at benefit concerts for Katrina, the homeless, U.S. soldiers in Iraq and Birdland flood victims.

“I am now at a place in my life where I can perform and promote The Blues full-time,” says Bob. 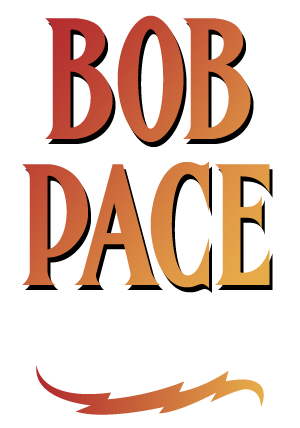